Eduard Bersudsky (b. 1939, St.Petersburg, Russia – then Leningrad, USSR) is a self-taught visionary artist. He started carving in his late 20s while making a modest living as a metal worker, electrician, barge skipper, night guard and boiler man. He got his education from museums, libraries, exhibitions, and evening classes in drawing and sculpture.

Between 1974 and 1980 Bersudsky took part in some exhibitions of “non-conformist art” – a movement started by artists who wanted to avoid the control of the official Soviet ideology.

In 1974 he found a job in the parks department to carve giant figures out of fallen trees for children’s playgrounds.

At the same time, in his only room in a communal flat, he began producing his “kinemats”: kinetic sculptures driven by electrical motors and controlled by sophisticated electro- mechanical devices, incorporating pieces of old furniture, metal scrap and grotesque carved figures.

Gradually the kinemats filled all the available space and friends and acquaintances were invited to see them performing. However this was before the collapse of the Communist regime, when any public presentation of his works would have been unthinkable for both ideological and aesthetic reasons as they certainly did not fit within the brackets of “socialist realism”.

In 1988 Eduard met Tatyana Jakovskaya (b.1947), a theatre critic and director. By that time “perestroika” had already lifted some constraints so they were able to open Sharmanka Kinetic Theatre in St. Petersburg. Supported by a group of enthusiastic volunteers – actors, musicians and theatre technicians – Sharmanka was launched in December 1989. The mechanical movement of the kinemats was now combined with music, sound effects, light and shadow play, and sometimes acting and miming. 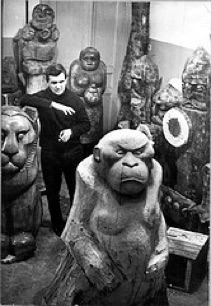 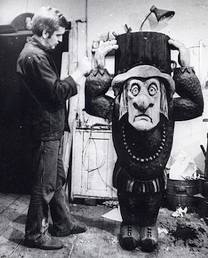 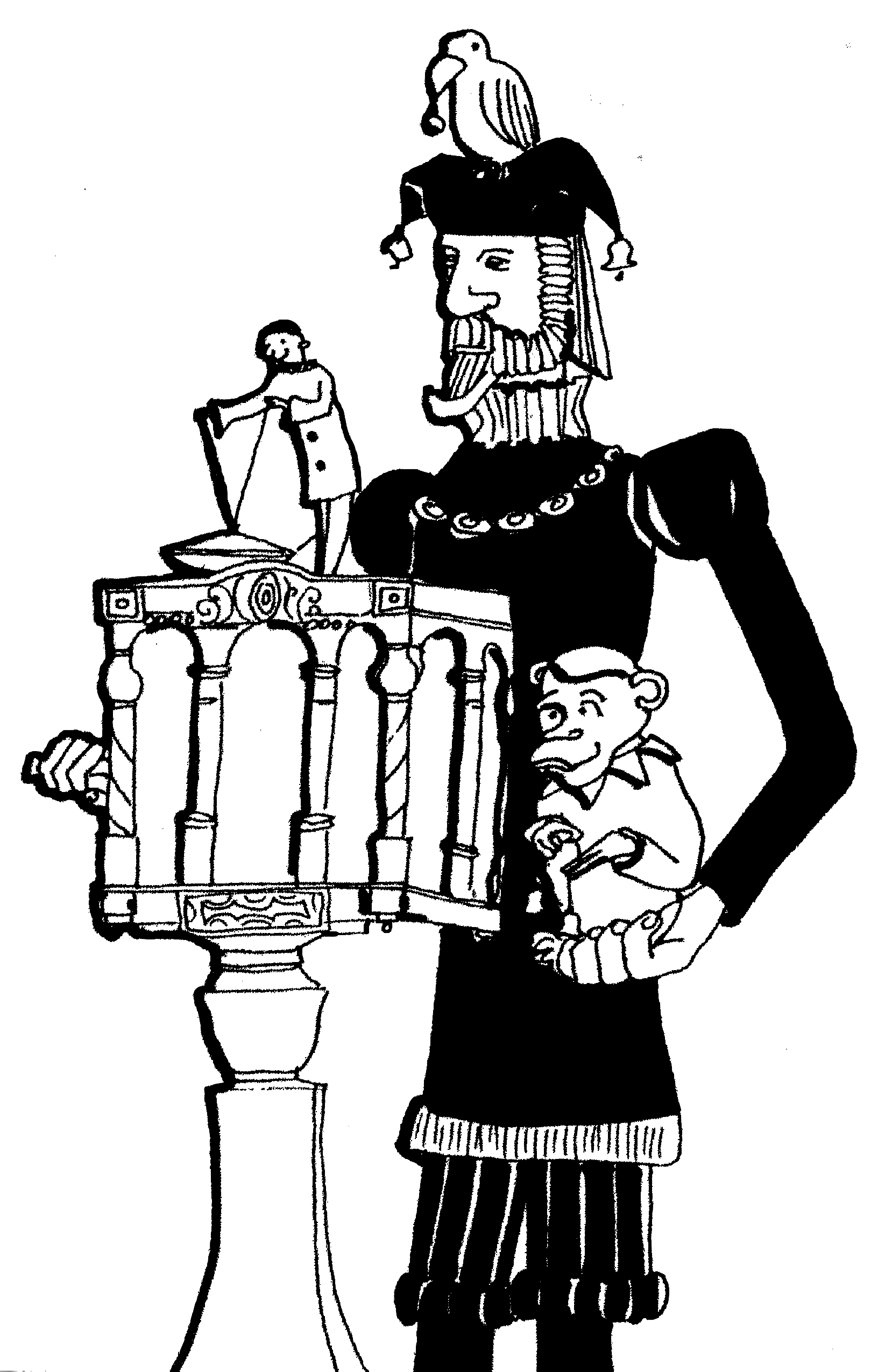 In 1993 Sharmanka was driven out of Russia by the economic depression and lack of support for the arts. At this time Julian Spalding, then Director of Glasgow Museums, bought three kinemats for the Glasgow Gallery of Modern Art and invited Sharmanka to put on an exhibition at McLellan Galleries.

Between 1993 and 1995 Sharmanka was based in the village of Blainslie, in the Scottish Borders, under the wing of sculptor and furniture-maker Tim Stead and his wife Maggy.

The third member, Sergey Jakovsky (b. 1980), joined the team while studying Technical & Production Arts at the Royal Scottish Academy of Music and Drama (although in reality he began to work at Sharmanka in Russia at the age of 12).

In 1999 Sharmanka, in co-operation with Tim Stead, Annica Sandström and Jurgen Tübbecke, was awarded The Millennium Festival Grant to build The Millennium Clock Tower at the Royal Museum in Edinburgh. This is now in the permanent collection of the National Museums of Scotland in Edinburgh.

In 2002 Sergey Jakovsky received his BA in Technical Theatre and is now an established theatrical lighting designer, working with numerous theatres in Scotland and beyond, at the same time remaining responsible for the design and production of Sharmanka’s exhibitions and maintenance of the collection www.sergeyjakovsky.com

In 2005 Eduard Bersudsky received a Creative Scotland Award for a joint project with award-winning Russian Dance Company Derevo, which took part in Sharmanka’s major exhibition at the National Museum of Scotland in Edinburgh. 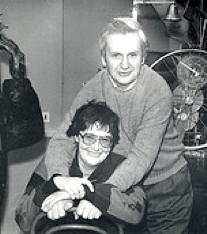 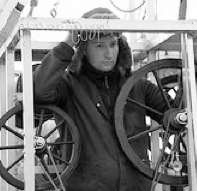 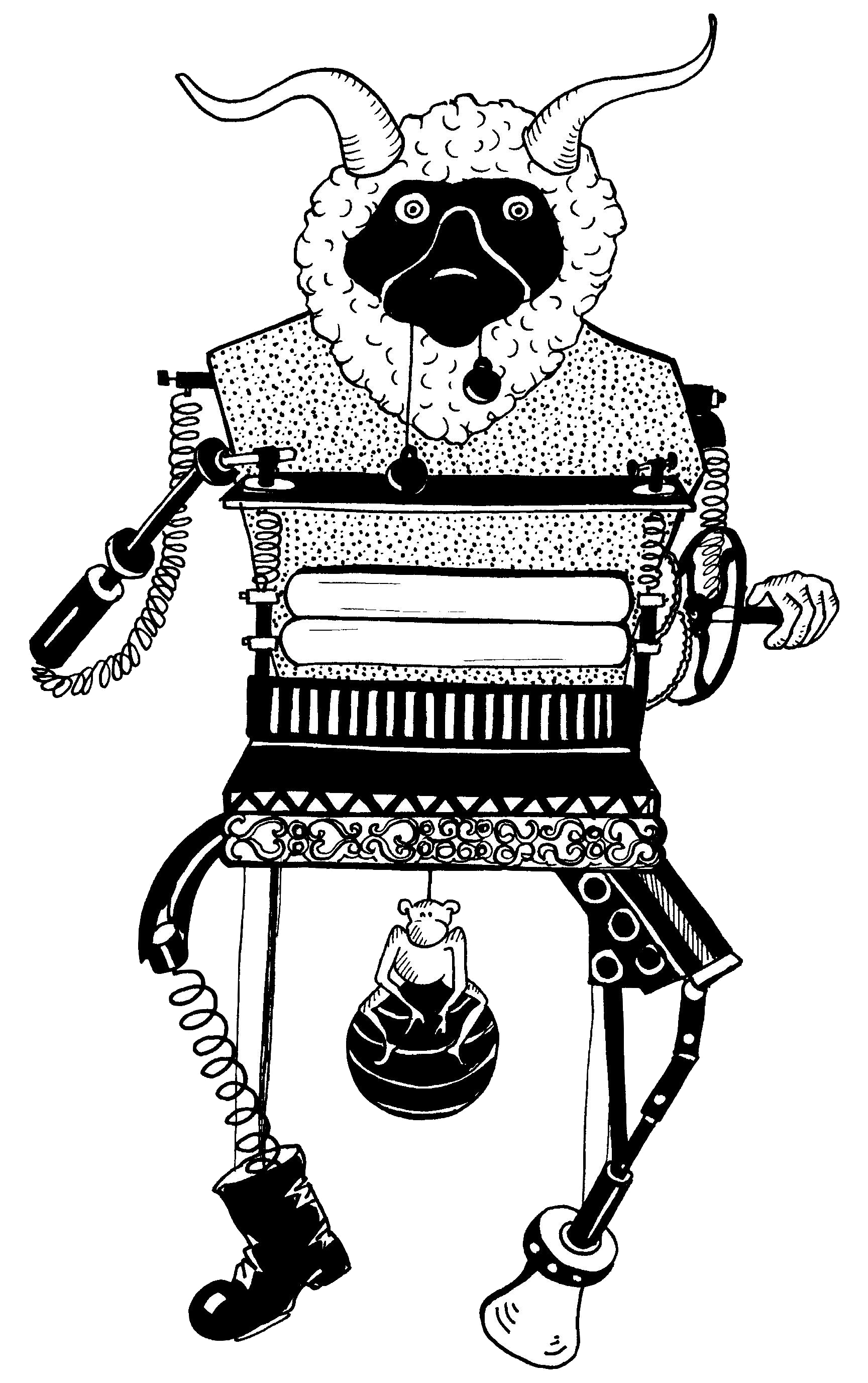 Throughout three decades of its existence so far, Sharmanka has extensively exhibited in the UK, Europe, the Middle & Far East and participated in many theatrical collaborations.

However, Sharmanka’s main base proudly remains in Glasgow where it plays its part in the city’s cultural programme as a popular tourist attraction.

In 2009 Sharmanka moved to Trongate 103 (Centre for the Arts and Creativity) in
renovated buildings in Glasgow’s Merchant City.

Significant increases in audience numbers led to the enlargement of Sharmanka’s team. Robin Mitchell acts as gallery manager and Sharmanka’s associated photographer. A pool of specially trained theatre technicians and other professionals helps to run the shows and install exhibitions.

Performances of kinetic sculptures are attended by thousands of visitors every year. Amongst these are tourists from all over the world, families, school groups, students and SEN groups.

Sharmanka regularly engages in creative dialogues with musicians, dancers, actors and other artists hosting a variety of events in its venue including concerts, film screenings and poetry evenings.

Sharmanka is a charity, registered in Scotland SC023931. Its activities have been supported by grants from Glasgow City Council, Creative Scotland, Scottish Arts Council, National Lottery “Awards for All” Fund, Gordon Fraser Charitable Trust, The Foundation for Sport and Arts and private donations. 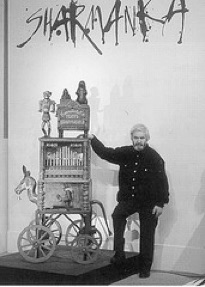 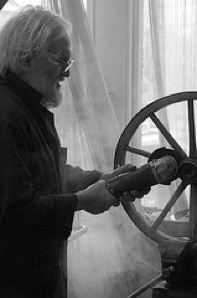