The Millennium Clock Tower is an over ten-metre construction in wood, metal and, glass. A timepiece which contains fragments of the story of the millennium, with its disasters, tragedies, but also its human, scientific and artistic achievements. A creation that talks of love, hate, work, play, humour, despair, life and death.

Four established masters were involved in the making of the clock tower: Eduard Bersudsky, Tim Stead, Annica Sandström, and Jürgen Tübbecke. The coordination of the project is under the powerful and creative dynamism of Tatiana Jakovskaya. Together they formed a company of mediaeval cathedral builders: Stead the architect, Bersudsky the sculptor, Tübbecke the master clock maker, Sandström the glass artist.

Four artists who are used to work on their own, at their own rhythm, and who pulled together this amazing project, learning from each other, influencing each other. Stead is essentially a man interested in the natural material world. Bersudsky is interested in the world’s human diversity. Sandström is interested in expressing the tension and communication between the figures on glass. Tübbecke’s interest lies in engineering, the explainable and the rational. 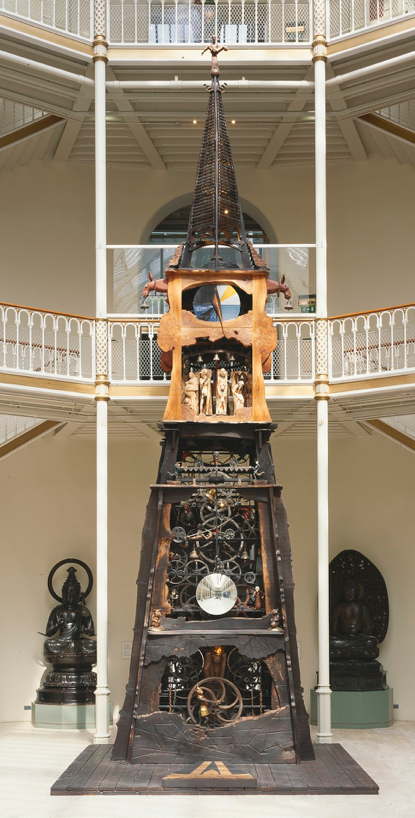 The initial idea for the tower came from Julian Spalding when he was director of Glasgow Museums. And it took an adventurous man like Mark Jones, director of the National Museums of Scotland, to make it possible to bring such a crazy project to the Edinburgh public.

Our own times seem stable and rational, yet beneath the surface the contradictions are as striking as they were 800 years ago. In the tower there are many references to wider political and historical points. Most come from the social experiment of communism and the tragic results on human lives. Because Bersudsky lived through the changes in the Soviet Union, and survived, his work is as close a representation of the last century’s chaos as anyone could achieve.

The Millennium Clock Tower does not aim to show everything, and makes no attempt to explain anything. It is a monument to our history, full of contradictions and question marks. There are many images, but you must interpret these in your own way – see how they are lined up and draw your own conclusions.

Essentially it is human beings with their own characters which are caught up in the wheels of time, of progress, of war, of political games, of belief and disappointment.

– Excerpt from The Millennium Clock Tower by Maggy Lenert 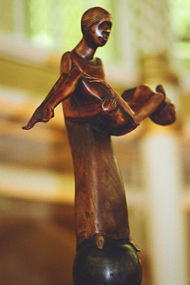 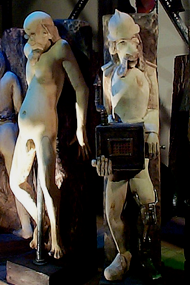 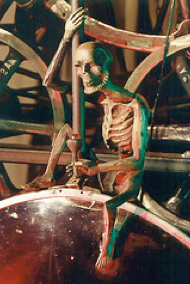 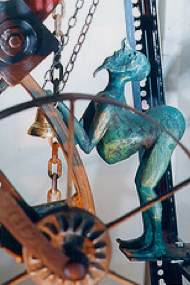 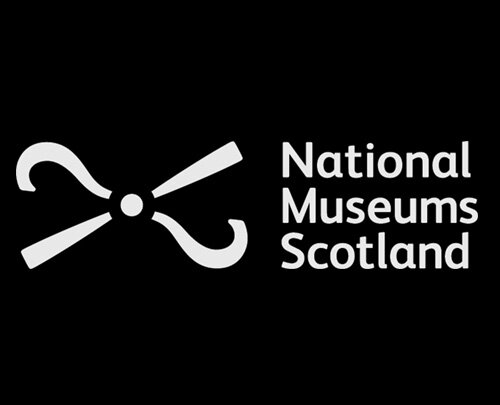 The Millenium Clock tower is available to view at the National Museum of Scotland in Edinburgh.